Time to dust off the tools and get out into the garden... 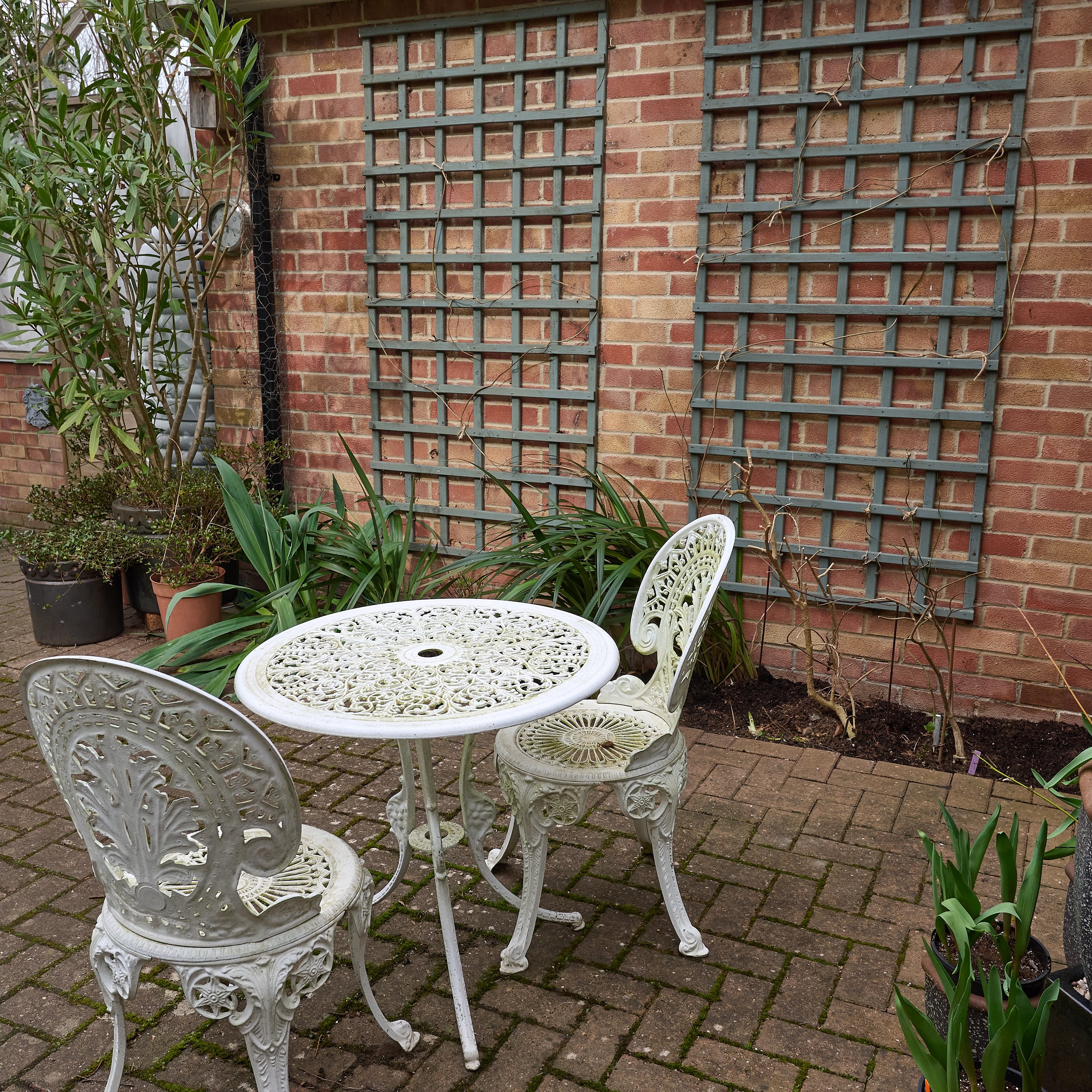 The "head gardener" has been talking about "sorting out the Courtyard" for a little while now.

So this week saw the job done. It may look a bit drastic and bare at the moment, but that is often just what an area of garden needs, and later in the year (well in time for our NGS open weekend which we are hoping will be able to go ahead this August) climbers will have clothed the trellis wall and the Dianella will be flowering / fruiting as well as ever and causing much comment from visitors. 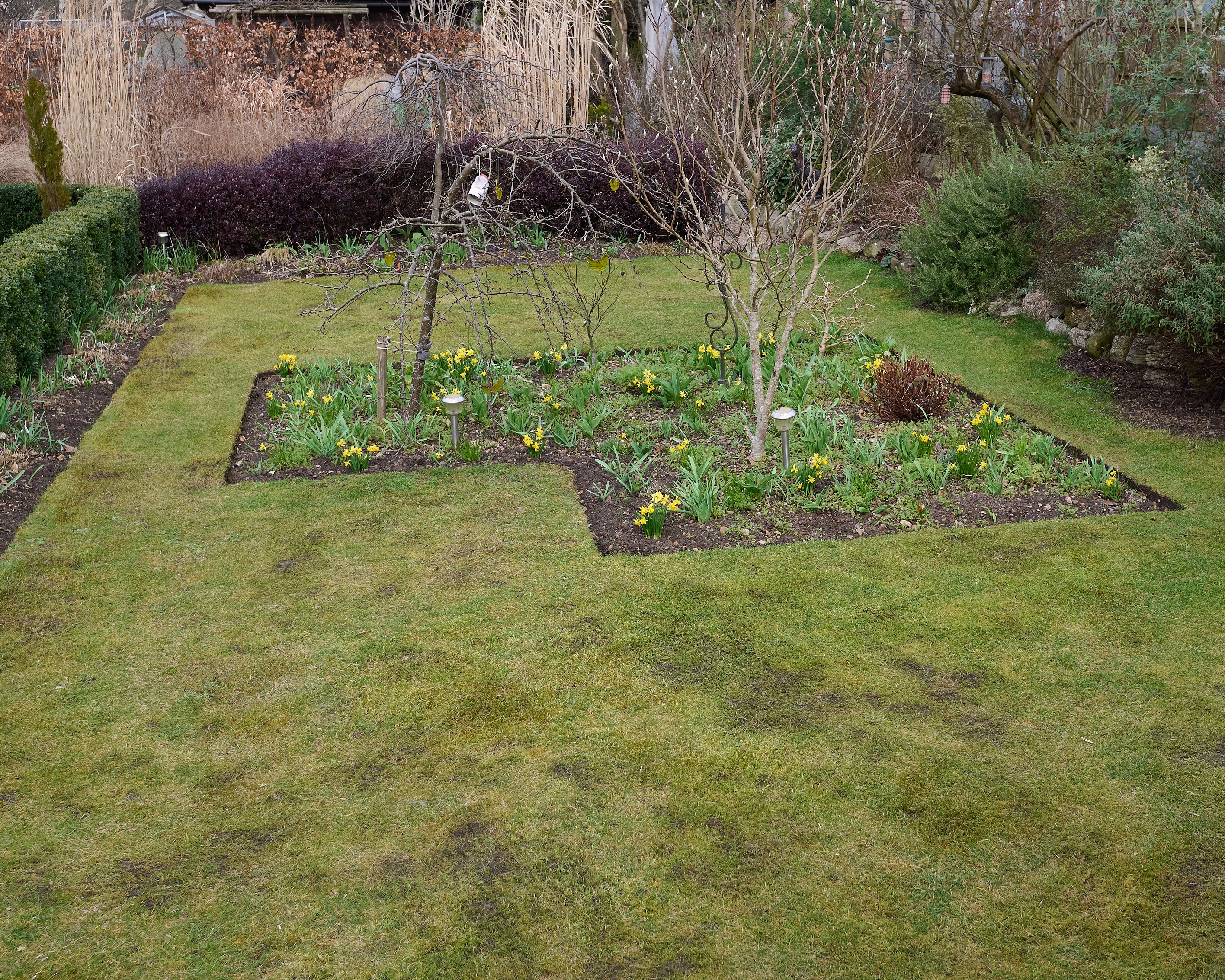 Ever other year (or so!) we recut the lawn edges. Having two fairly sizeable lawns, this is no small task, and with the passing of the years I now do each lawn on seperate days instead of doing them both on the same day! We usually store the offcuts in empty compost bags for a year or so, by which time they will have broken down into a nice crumbly loam for speading on the vegetable beds.

It is extraordinary just how much that simple job sharpens up the look of the garden. The lawns were then given their first cut of the year and then raked to remove thatch and moss (I am always surprised at the quantity that comes off) and are now due a sprinkle of lawn seed to fill in where it is looking a little bald.

As with the Courtyard, all being well we will be enjoying the benefits later in the year.