Bringing the garden inside in winter...

Around the midwinter solstice in the depth of winter may not be a time when many people think to go out into the garden as much as at other times of the year, which in many ways is a shame as there are still lovely things to enjoy, so instead of spending time outside in the garden why not bring the garden inside instead? Decorating the house with evergreens in winter goes back to pagan times when they celebrated the turning of the year and the (albeit gradual initially!) return to light and new growth. Many of these ancient traditions have been fully co-opted into the Christian festival of Christmas, such that for many people a house that isn't decorated with evergreens at Christmas just doesn't seem festive. The bringing inside of a whole tree and decorating it is a relatively newfangled thing to do, happening first in the early 1800s in the royal household. But the use of evergreens such as holly, ivy, mistletoe, yew & other conifers to decorate the home to celebrate the turning of this season is part of what makes us who we are. These days we combine glass, candles, sprayed seedheads & cones, and all manner of new ideas in with the traditional evergreens, imagination being the only limit. Sheila is a talented flower arranger, and bringing the garden inside in these darkest of days is something we both look forward to and enjoy. Here are a few pictures of this year's decorations at Langdale. All of the plant material, either evergreen, fruits or dried, is taken from the garden. It has been many years since we have had a traditional Christmas tree - instead Sheila cuts branches from a vigorous dogwood we have growing in the Woodland Walk in the garden, usually the lime green stemmed Cornus sericea 'Flaviramea', and secures them in a pot ready to be decorated with baubles and lights. The dogwood will have to be pruned hard in late winter anyway, and the removal of just a few branch ends makes no difference to our enjoyment of it in the garden over the winter months. It makes a brilliant alternative to a Christmas tree, I prefer it by far. She also decorates dogwood branches fastened up on the ceiling just under the Velux windows which is both a feat of engineering and absolutely stunning! A house decorated with material from the garden is wonderfully festive, and it enables our enjoyment of the garden to continue whatever the season. 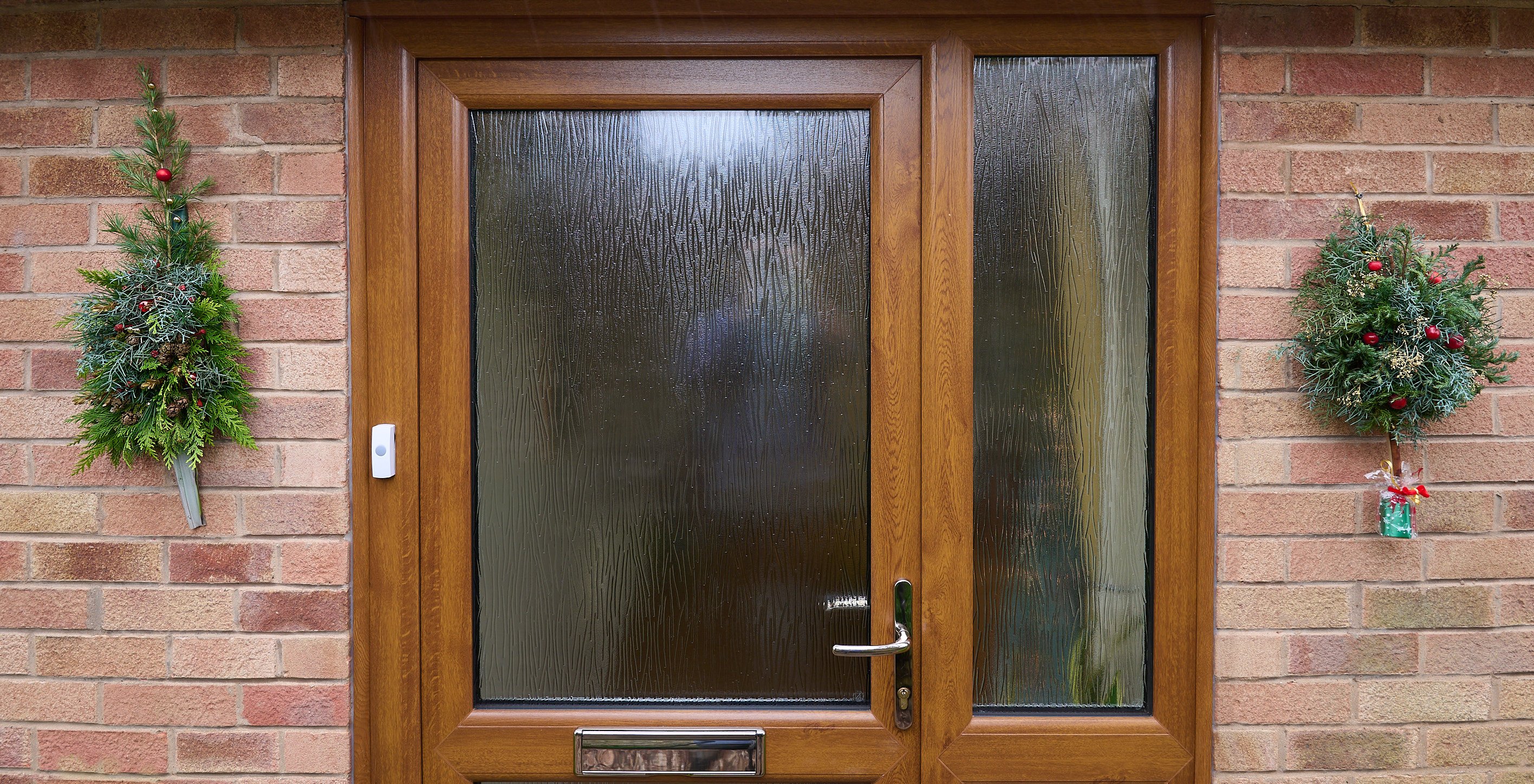 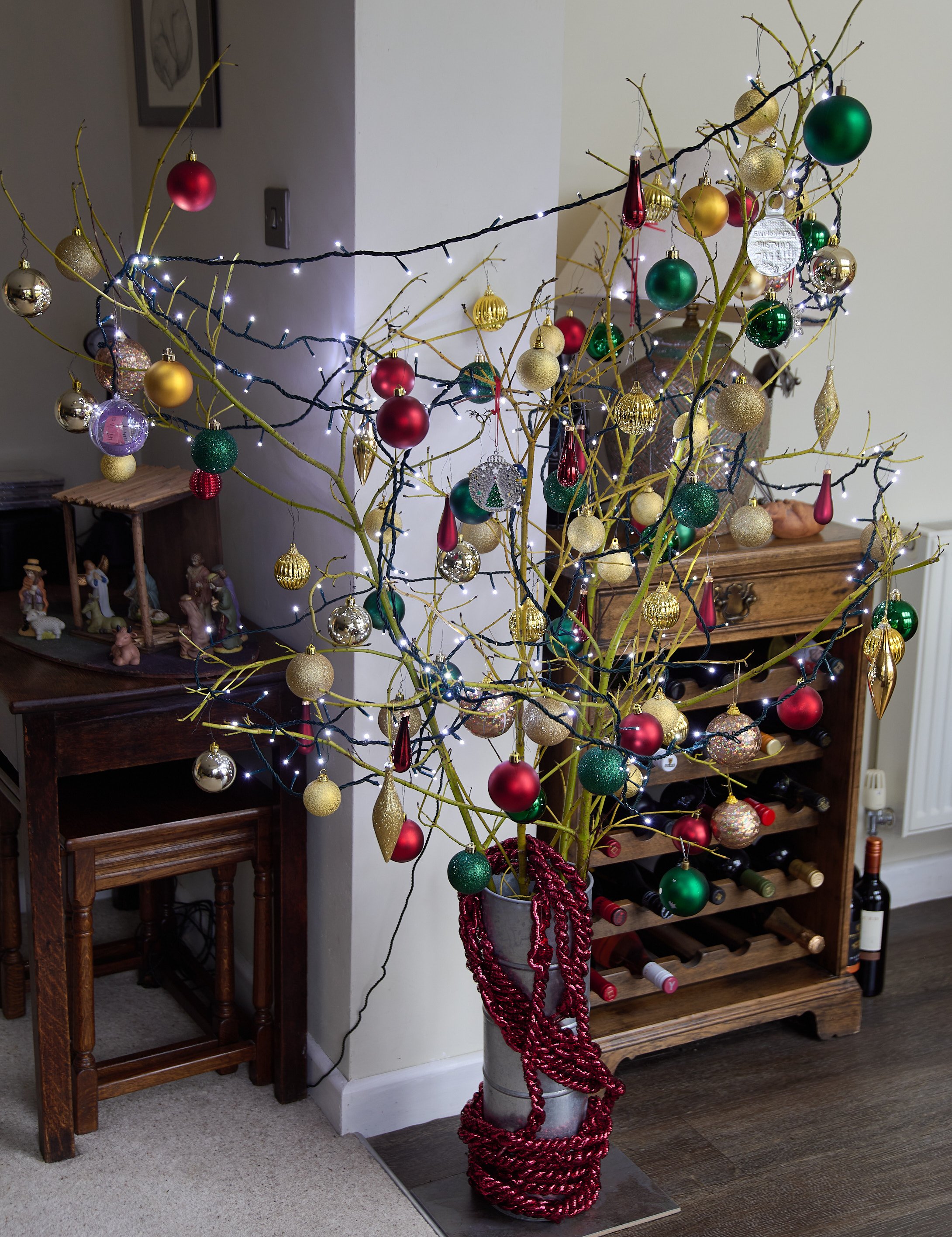 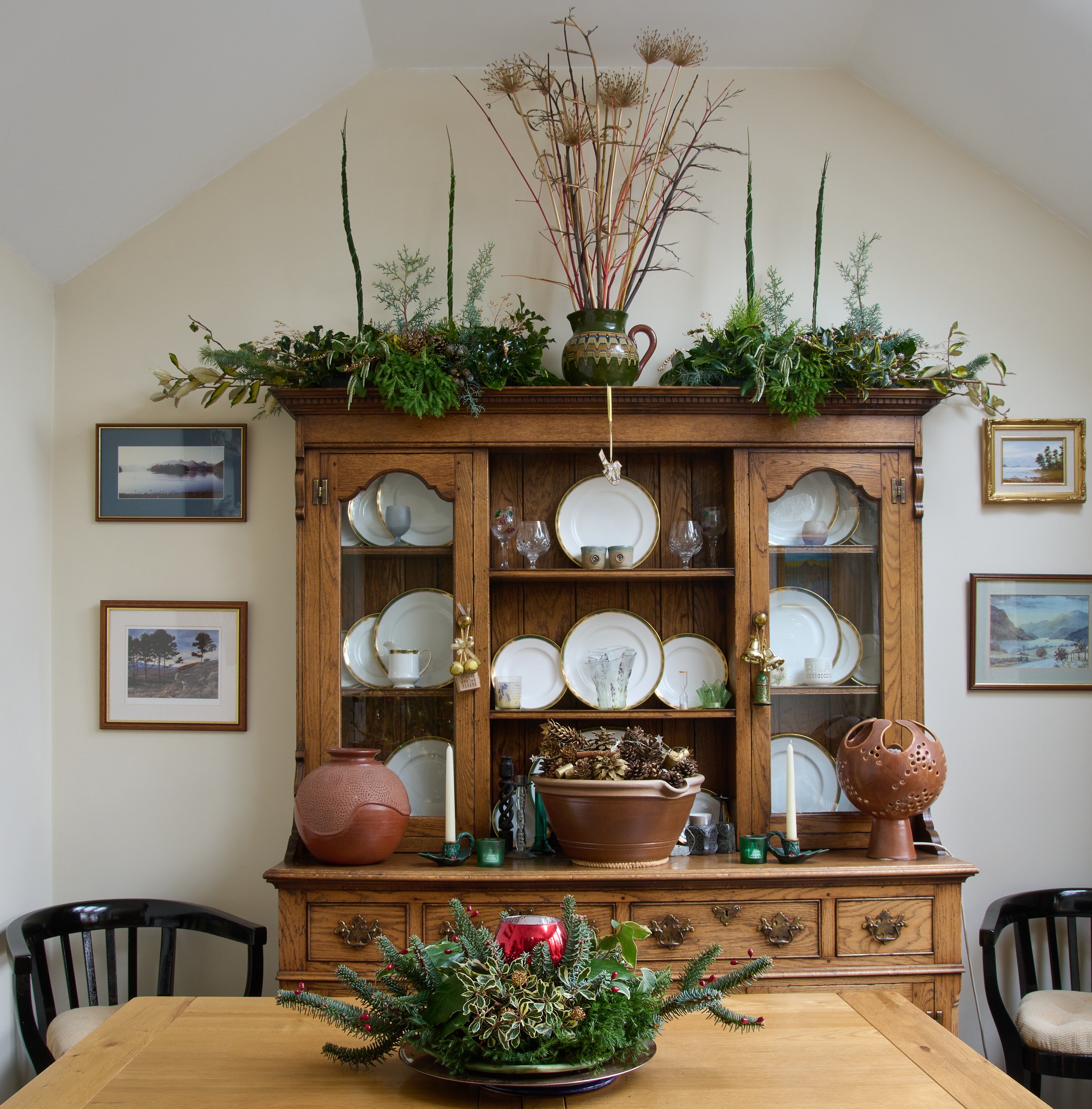 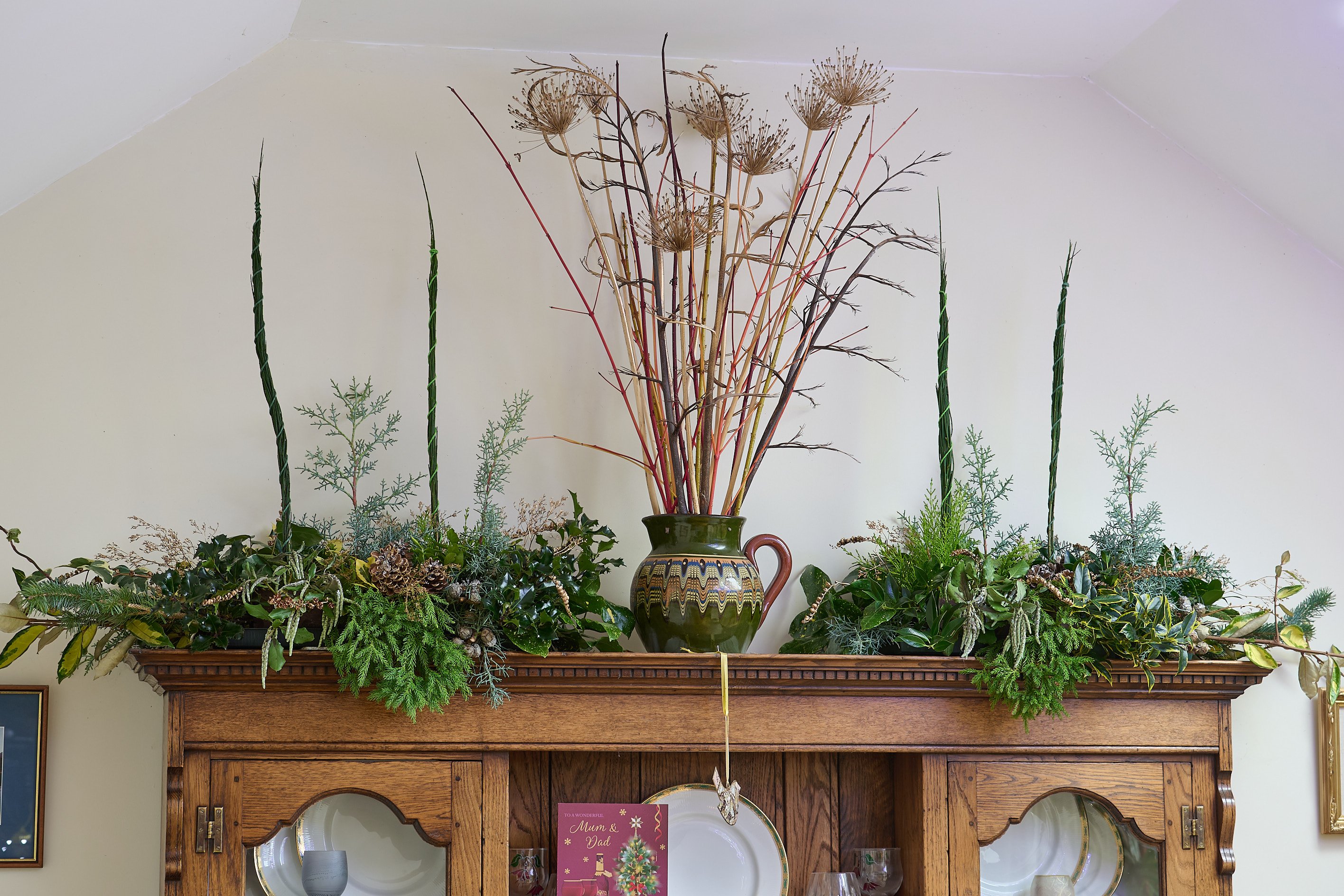 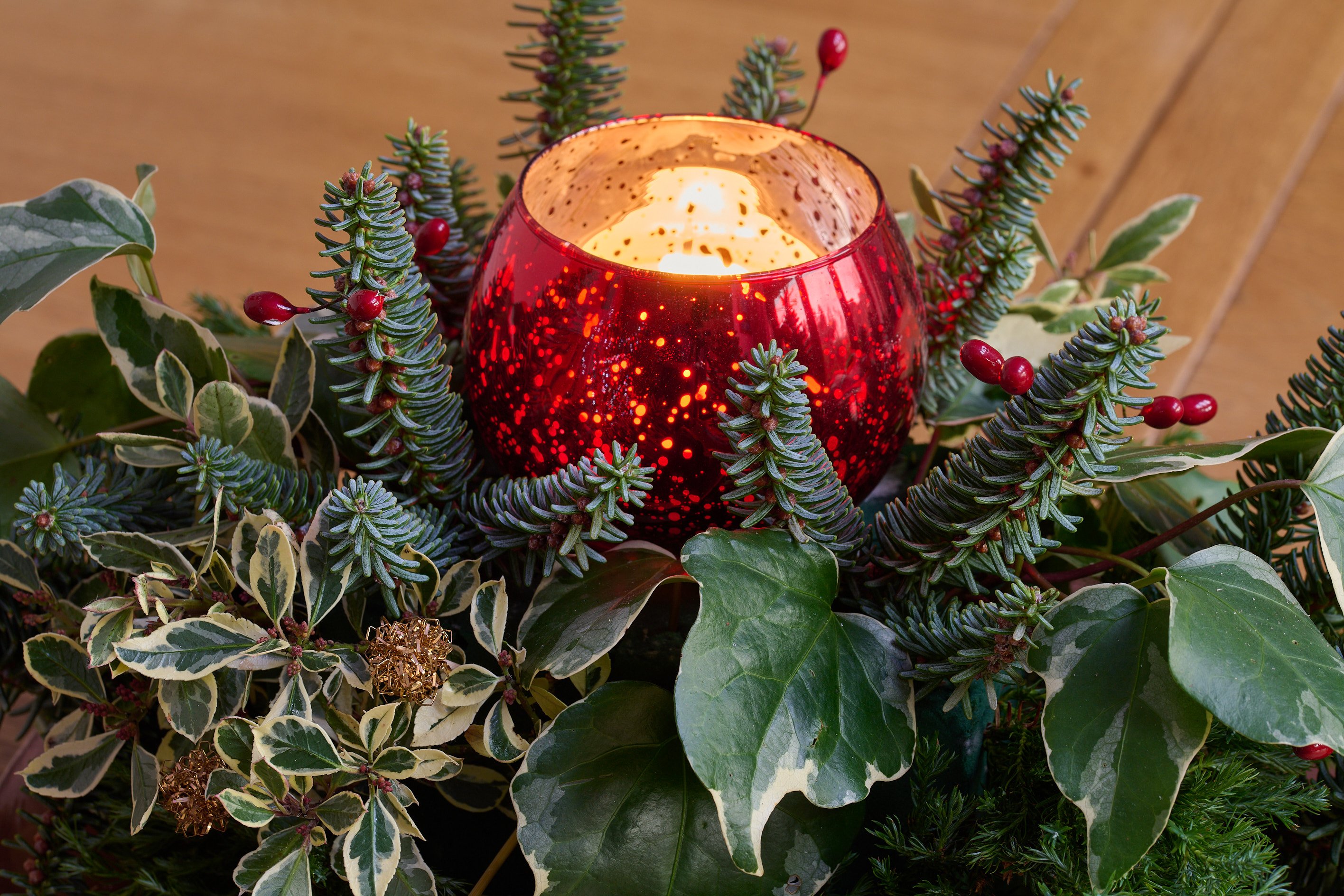 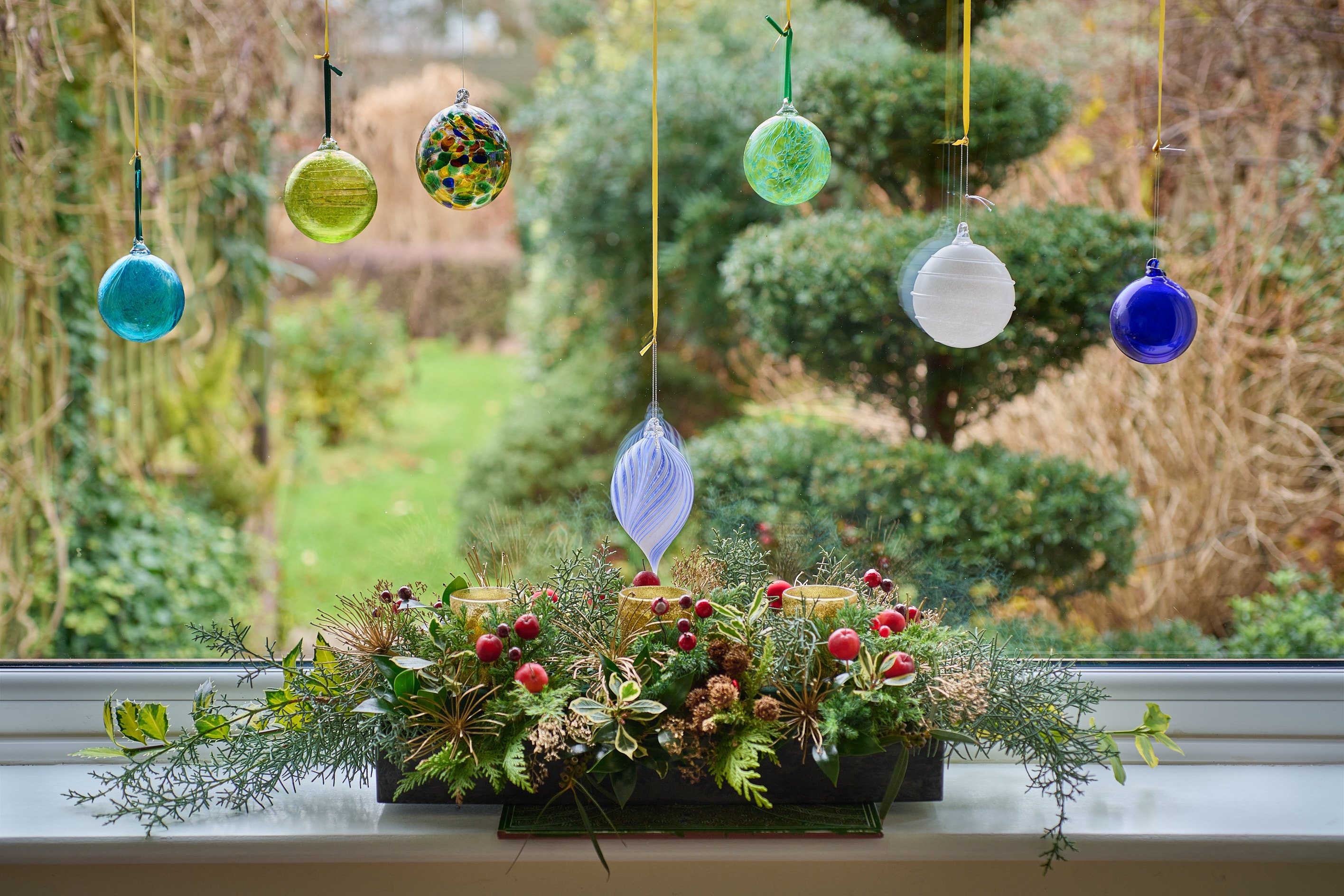 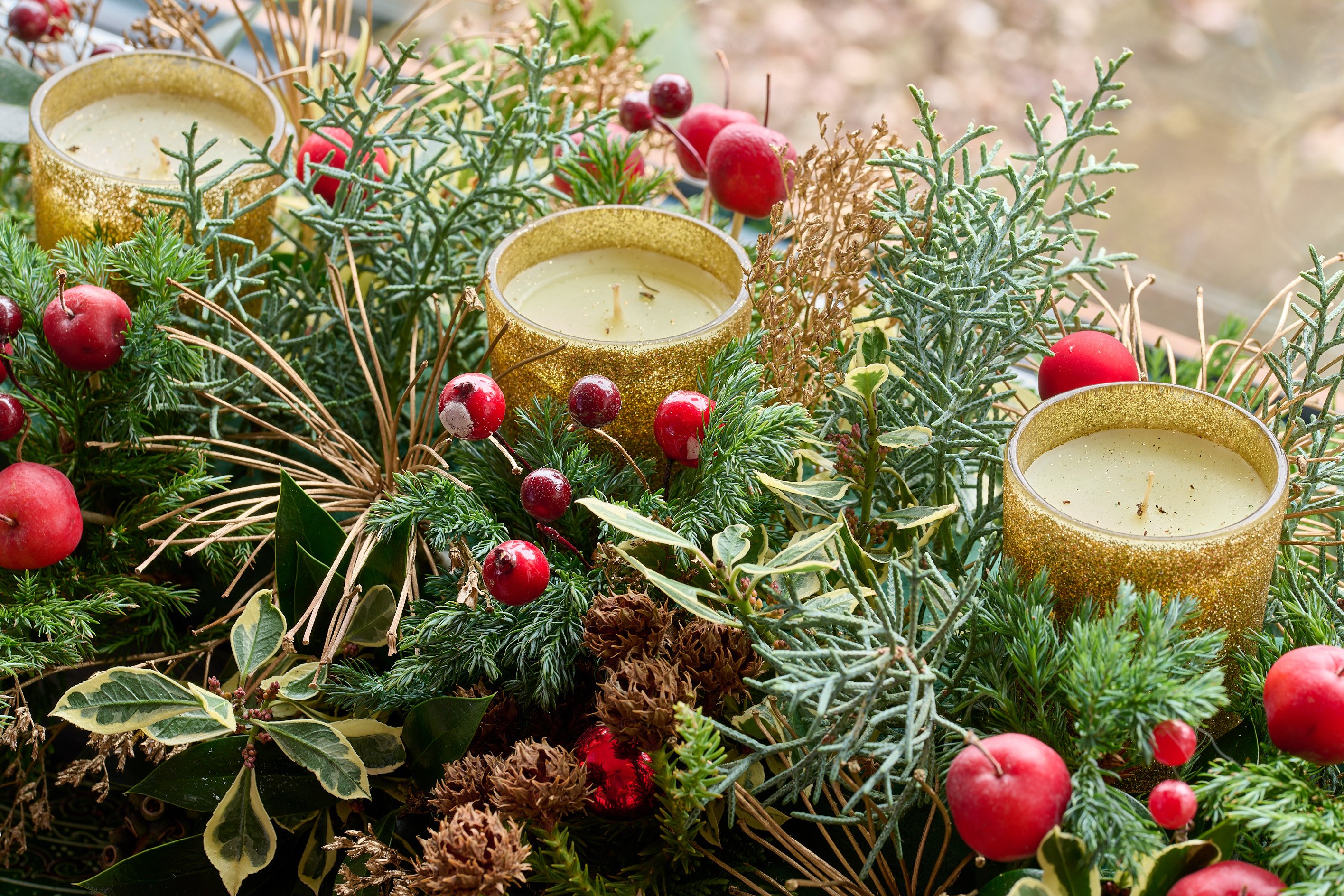